2015 has been a strange year for TeliportMe to describe it honestly, it came and went a little too fast without much to celebrate or feel bad about but at the end of the year I am content with where we are. I guess thats one of the many benefits of silent continuous execution.

Before I talk about 2015 a small note on 2014 is definitely required. 2014 was a rough year at TeliportMe because we lost two key people in our team that handicapped us in ways that only can be sensed and not described. We onboarded 4 new employees that year which in a team of 8 was like 50% of the team. To make things more tricky all of them were freshers with absolutely NO experience, undrafted rookies with HUGE upside potential. Two new products we were working on were completely run by two rookies, it was a slow year with progress but as the year ended, we hit our stride sometime in Sept 2014. We also made huge breakthroughs in understanding the business we were in by running small experiments and validating hypothesis but most importantly shutting down on hype.

As 2015 arrived, we had one big move to make which was on everyones mind and that was the move to Santiago, Chile. We were part of the first generation of the Scale program and as a promise to @vidalsebastian1 the former Executive Director of @startupchile I decided to move the TeliportMe team across the Pacific Ocean. Everyone was excited and I was hoping that this move would improve team chemistry and also increase productivity as we would not have all the other distractions of life in India. This move would also provide us more time face to face with our clients. 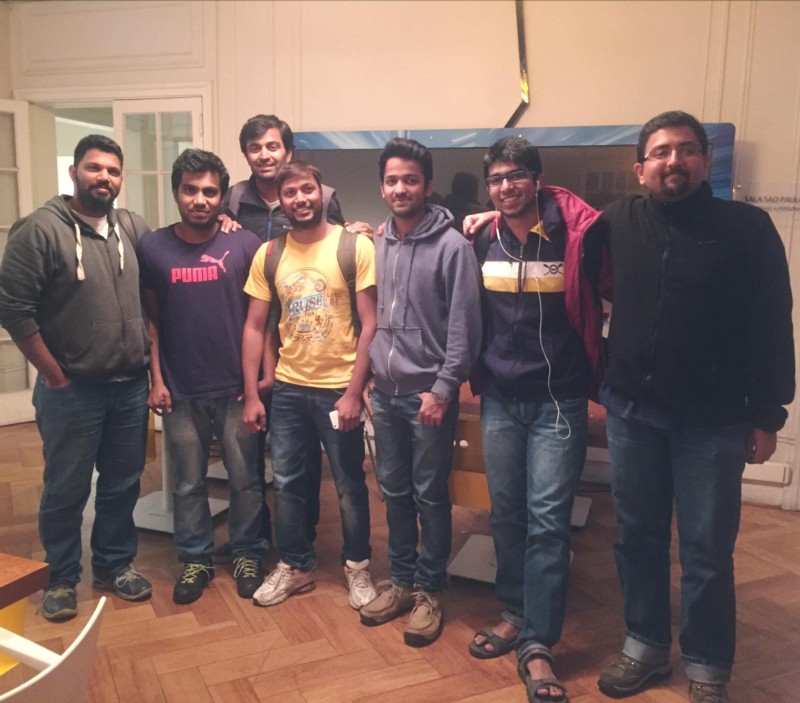 The first quarter at TeliportMe saw us redesign some of our core features and add some new ones to get ourselves ready for the future of TeliportME.

The first and most important piece was implementing a beautiful explore page. The Explore page was used to feature some amazing places captured around the world using our app. We featured some key users and made the explore interface front and centre to our app experience, this saw a direct increase in retention because users could now see what kind of content could be captured our app and we saw more and more people uploading panoramas. The goal is to make the explore page the front page for travel and exploration, the first steps we took were really useful in making this a reality. 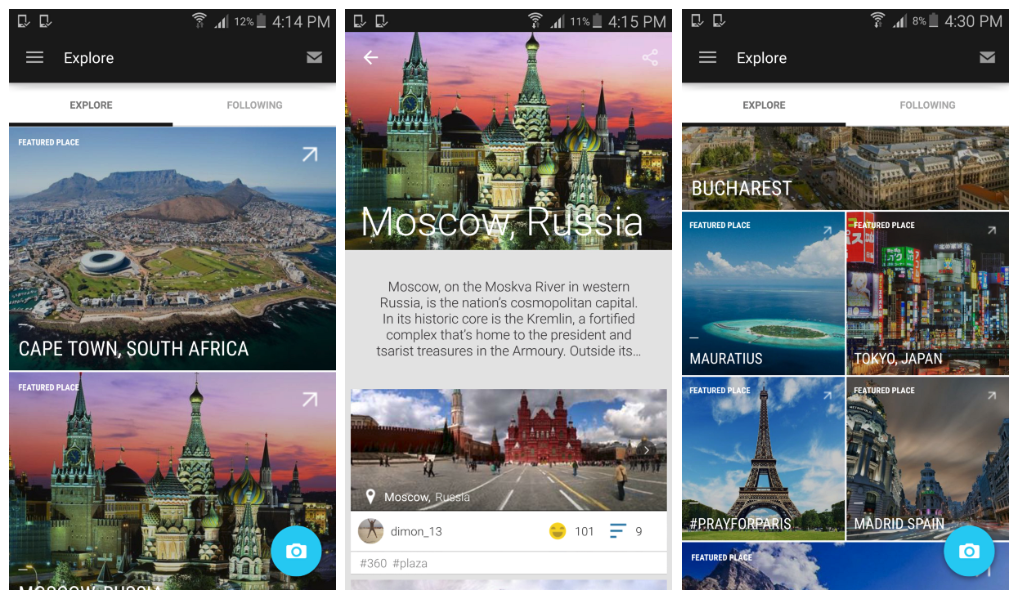 We TeliportMe want to connect people all around the world, capturing and sharing their country/city/town and with people leaving tons of comments in their own language we wanted to give them a better way to understand each other . We implemented a simple Translate option using the Google translate application. It works awesome and we saw a jump in the number of replies and engagement on the panoramas. This was a real clever hack but something I have not seen in most apps that have global reach.

If you have ever worked with panoramas, you know that uploading and viewing a panorama online takes a lot of time. This is because panoramas are not easy to display and needs considerable amount of processing on the backend before they can be viewed on a 3D viewer. Even Google takes about 3min for their photospheres to be viewed online. Our panorama traditionally took about 3–4 min to be viewed but with new phones and higher resolution cameras we started hitting the 4–5min mark and in some cases 20minutes 😱 . This was unacceptable and we rewrote parts of our backend and today our upload speeds are almost instant for most panoramas and about 2mins for really large high resolution panoramas (~40MB) .

This was an inspiration based from Tinder/Digg/Reddit, we added a feature that allowed our users to rate some of our top panoramas on a daily basis. This was a feature we have always wanted to add but felt that there never was an interaction that really captured quick “hot or not “ on a mobile interface. After Tinder changed the game with their swipe right/left we had to add that as it is the perfect way for people to go through a huge amount on content . There were some real challenges with doing this for panoramas but we made it work and has been working pretty well in terms of improving engagement and retention.

We strongly believe in subscription based business models, and in the last quarter of 2015 we launched our subscription service, this was targeted to our early adopters and real fans. We didnt do very well after the launch to be honest and not too many people bought the subscription, but this is a work in progress and a long term bet, we activate new subscriptions every month without really providing anything of real value. We want to start focusing on creating more real tangible for the subscribers and promote the subscription more, lots to learn here and we are confident that over time our subscription will account for a large % of our revenue and value for our users. Our monthly subscription costs 4.99$/month.

We had the infamous hamburger left side drawer design for the longest time and after reading several studies about how it directly affected engagement we decided to make the change to a tabbed design and follow all the Material design guidelines . We completely overhauled the design, changed the branding ( more about that later ) and launched the version 1 of this in late December and it resulted in more overall sessions and a slight increase in screens/session. We got some positive responses from our users via reviews, we are still 2 more revisions away from having a design and UX that we would like and we hope to achieve that by Q1–2016. 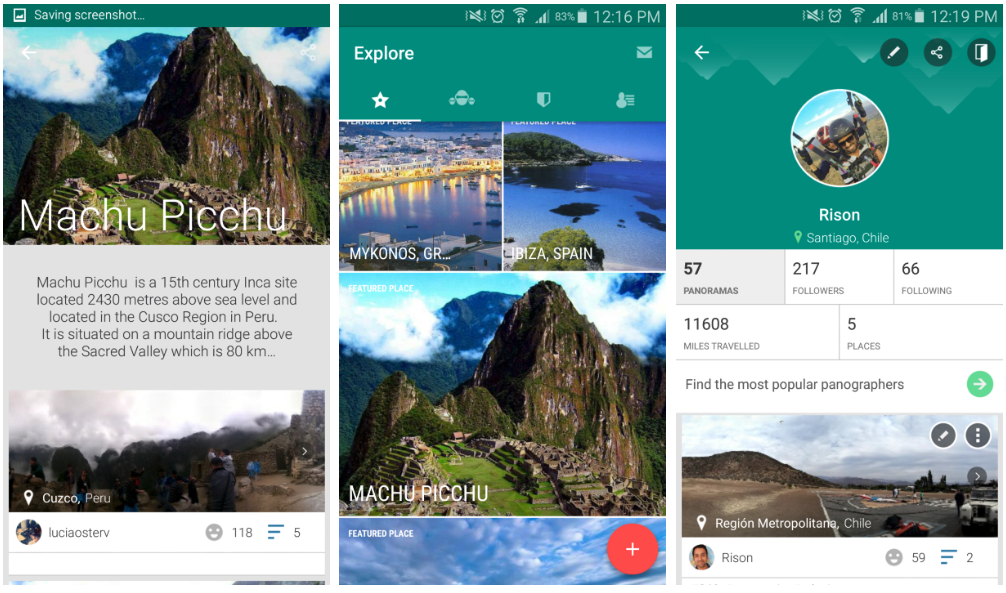 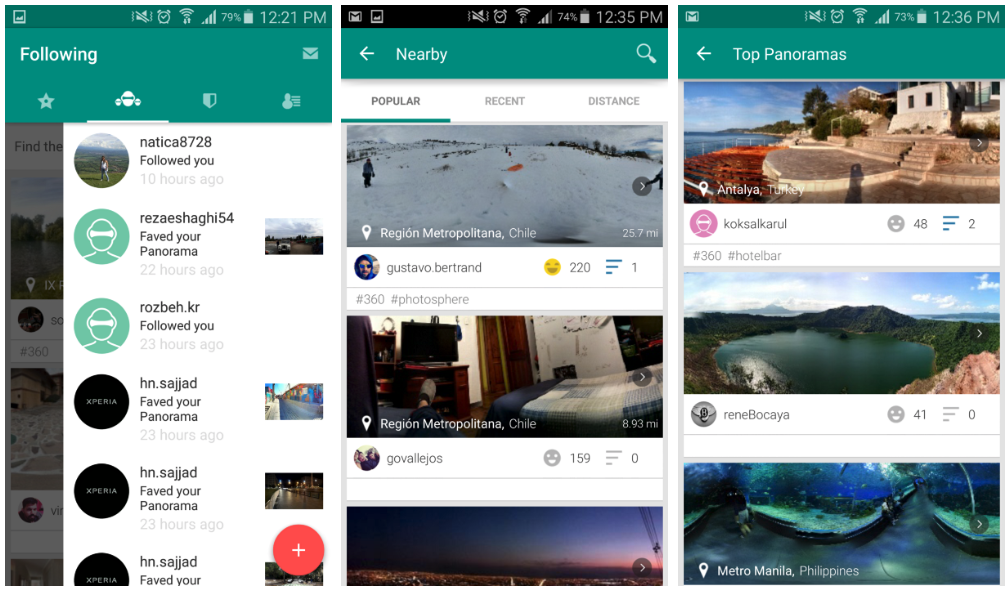 We launched a ton of more stuff last year, some good — some bad. some impactful, some duds. Everything on this post was the effort of 2 people because the rest 6 are working on the future of @TeliportMe and we have a lot of exciting things in store next year . We ended the year by reaching the top app on the Play Store for several key words including the elusive “panorama” and “panorama app”. This was great validation for all the steps we took with the app through out the year as anyone will tell you, being number one on your search term is GOLD for any mobile app and allows us to grow much faster this next year. 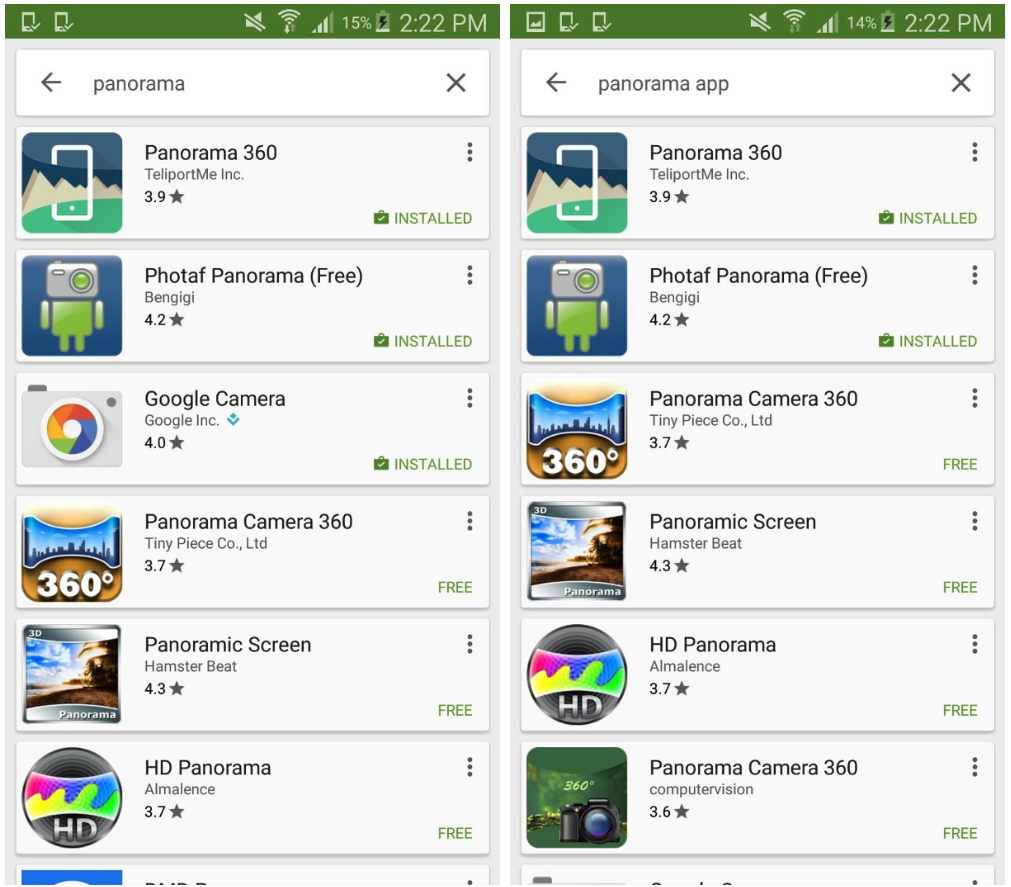 2016 is going to be the key for our growth and maturation from product — user fit to product market fit. I think we have prepared well to make the best of 2016 and hit our milestones earlier than planned. 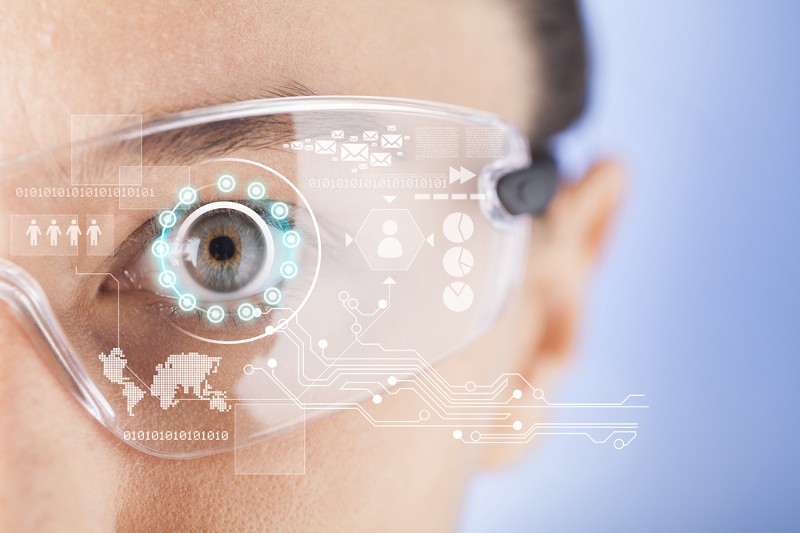 As you know teliportme.com today is the largest & most engaged social network for Immersive experiences, 9 million users across 160+ countries have contributed to build the most comprehensive user generated VR content database of the world. 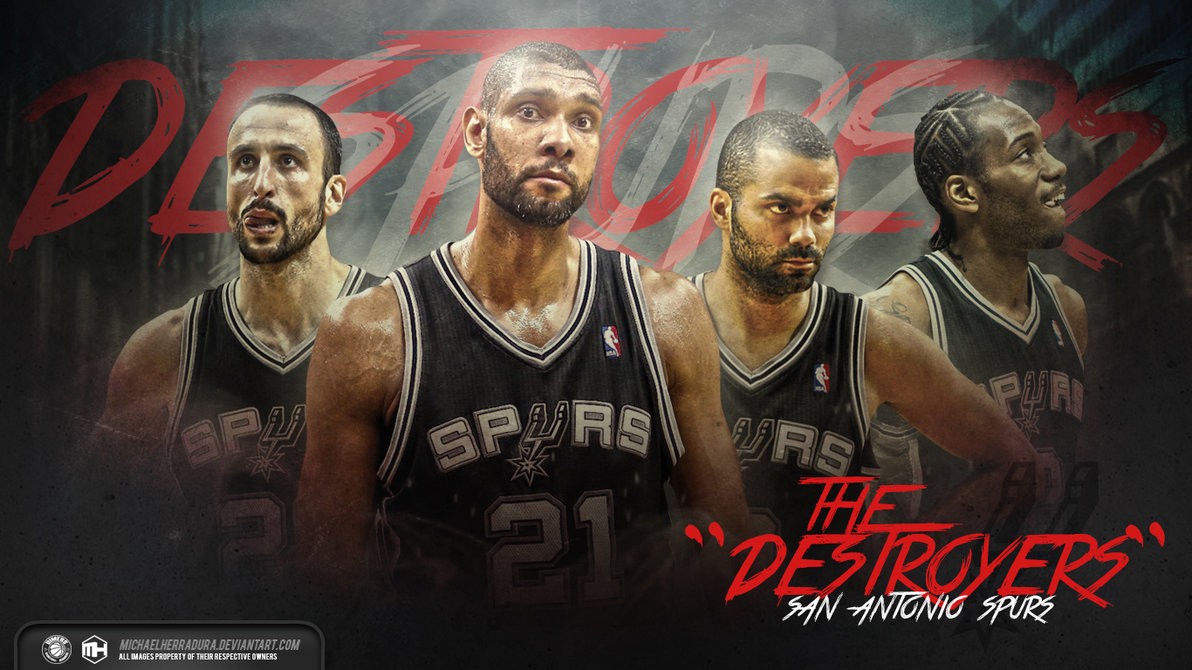 I am a huge fan of the organization that is San Antonio Spurs, I love the team and their ways of going about business both on and off the court.